The Brenda and David McLean Chair in Canadian Studies 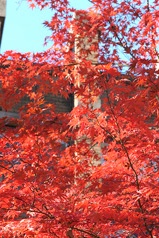 Generously endowed by University benefactors Brenda and David McLean, the Chair is occupied by a distinguished Canadianist for a period of two years. The McLean Chair teaches the Senior Seminar in Canadian Studies (CDST 450), and, in the second year of tenure, gives the McLean Lectures in Canadian Studies. These lectures are published by UBC Press in the McLean Series in Canadian Studies. The first volume in this series, Borderlands, by W. H. New, was issued in 1998; it was followed by Citizens Plus (2000), by Alan C. Cairns; Making Native Space (2002), by Cole Harris; Globalization and Well-Being (2002), by John F. Helliwell; and Do Glaciers Listen? Local Knowledge, Colonial Encounters, and Social Imagination (2005), by Julie Cruikshank;  On The Art Of Being Canadian (2009), by Sherrill Grace; Big Tent Politics (2015), by Kenneth Carty; Move by the State: Forced Relocation and Making a Good Life in Postwar Canada (2019), by Tina Loo, and The Bomb in the Wilderness: Photography and the Nuclear Era in Canada (2020) by John O’Brian.