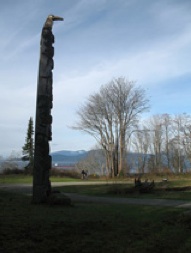 Reflecting the harsh climate, often thin soils and generally forbidding character of the vast northern territory that is Canada, it has often been said that the history of this country is inescapably environmental. This lecture series engages the great drama of human interaction with this challenging realm, reflecting on the transformation of the northern half of the continent through time as a foundation for sensible engagement with the environmental challenges facing Canadian society in the twenty-first century.

Each lecture will encourage reflection on the links between its title subject and one or more of three themes central to the series: Human activities and Canadian Nature; Nature’s Influence on the nature of Canada; and Ideas and Nature in Canada and reflect upon how the subject of the lecture has affected/ changed “the nature of Canada”.

In early 2011, McLean Chair John O’Brian presented the Brenda and David McLean lectures, “The Bomb in the Wilderness: Nuclear Photography, the Atomic Age, and Canada” at the Liu Institute for Global Issues: “On Photographing a Dirty Bomb” (January 25), “Vox Crapulous” (February 1), and “Picturing Nuclear Risk” (February 8 ).  Videos of these lectures, introduced and edited by Laura Moss, are now available on Youtube.  Just click through the highlighted titles above.

The Centre also sponsored several symposia and speaker series, including:

UBC Canadian Studies is a keen supporter of the Play Chthonics 2009-2010 Reading Series: