Chair of the Program and Center 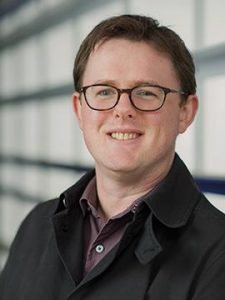 I teach courses on Canadian history, legal history, and the history of crime and criminal justice. I am also a core faculty member of the Law and Society Minor Programme. I welcome inquiries from prospective MA and PhD students.

My research and teaching focuses on legal, political, and international relations history in British North America/post-Confederation Canada, the British Empire, and northern North America. My first book, Borderline Crime: Fugitive Criminals and the Challenge of the Border, 1819-1914 (Toronto: UTP and the Osgoode Society, 2016) examines how governments on both sides of the international boundary in northern North America struggled to deal with the omnipresent threat of migrating crime and criminals. It explores the movement and adaptation of international law ideas and their role in the formation of high government policy, as well as how ‘low law’ actors such as local sheriffs enacted their own transnational legal regimes to confront the threat that the boundary posed to the rule of law.

My new project examines the history of international law in Canada more broadly. Funded by a SSHRC Insight Development Grant, it explores the role and power of international legal order in British North America/Canada as well as in Canadian-American relations. It uses a series of case studies involving marriage, Indigenous land rights, environmental conservation and resource extraction, and war and armed resistance to explore how, as the colonies and post-Confederation Canada emerged as state entities, the meaning of their statehood was being reshaped by shifting global legal doctrines.

With Angela Fernandez (Faculty of Law, University of Toronto) and Christopher Shorey (Lerners LLP), I am also writing a book on the case of the Frederick Gerring, Jr., a ship seized by Canada in the 1890’s for illegal fishing in the North Atlantic. As the case wound its way from Nova Scotia, to the Supreme Court of Canada, and finally to an international arbitration tribunal, the Gerring became a symbol of deeply contested ideas about environmental protection, state jurisdiction on the oceans, and international law.